Dwarf Gourami fish are classified as a fish species that are native to the freshwater bodies of water in the United States as well as Singapore and Colombia. They are technically presented as smaller Gourami fish, just as their name suggests, and they’ve become popular among the fishkeeping industry because of their easy maintenance and peaceful nature.

They’re also classified as a more inexpensive type of fish species, so this gives them their popularity among a wide variety of owners. If you’re considering purchasing a Gourami, you should first make sure that they’re the right fish for you. For instance, you should make sure that you’ll be able to care for them properly and accommodate for their specific needs.

Given the difficult of finding the right kind of Gourami for your specific needs as well as the various methods of caring for them, I’ve compiled together some information that you can turn to in order to make your fish buying process easier. I’ve also included some helpful information about Gourami fish in general in addition to interesting facts, their required tank conditions as well as the best methods of care for small Gourami fish.

What are Dwarf Gouramis?

Dwarf Gouramis are most common in regions that have a large amount of vegetation in the water, and they prefer to swim around the plants. Because of that, you should accommodate for this by providing them with a variety of plants in their home inside of your aquarium.

Given their name, Dwarf Gouramis are essentially classified as smaller versions of Gourami fish, and they usually only grow to be around two inches long. You can also distinguish between male and female dwarf Gouramis by observing their size, since males are typically larger than the females. You can also distinguish between the sexes of fish by observing their color, since the females are usually a duller color than the male’s vibrant colors (1).

Even though they all belong to the Gourami fish species, there are several different types of Dwarf Gouramis throughout the bodies of water in the United States, India, West Bengal, and Bangladesh.

The Honey Gourami is classified as a certain type of dwarf fish that has a modest color to it, and the color shines similarly to the color of honey. More specifically, they represent a color that resembles a reddish orange shade. They also have a caudal fin that’s always represented as having no color, and the remainder of their fins will most likely have spots of color on them.

Flame Gourami fish have been popular throughout the industry for around 40 years, and they represent a rich orange color. They also have fins that shine a mixture of a red as well as an orange tint, which is likely where they get their name, since their fins resemble the color of flames.

Unlike most of the other Gouramis, Blue Dwarfs represent a glowing blue color, which differs greatly from the traditional Gouramis and makes them stand out among the rest. Not only do they represent a vibrant blue color, but these Gouramis also have reddish-brown lines located along their sides as well as their fins (2).

Regardless of what specific type of fish species you’re considering on purchasing, you should always consider what type of fish you want to put together in the same fish tank, especially if you’re considering on creating a community tank. Some fish species are territorial and aggressive towards other fish, so you should be mindful of the types you’re interested in so that you can avoid any violent and even deadly encounters among the various species in the tank.

Luckily for you, Dwarf Gouramis are classified as a more peaceful, non-aggressive, and non-territorial fish. This means that they can get along with practically any other type of fish species. Given that, these fish are recommended for community tanks, since they will most likely get along with the other fish present.

Even though they aren’t territorial in the way others are that fish each other over territory, Dwarf Gouramis prefer to claim their own territory for comfortability in their tank. Because of that, you should consider housing them in larger tanks that give them the ability to choose territories that are separated with plants.

If you’re looking for the best fish to house with Dwarf Gouramis, you’re recommended to go with Tetras, Guppies, Swordtails, Mollies, Plecos, Barbs, Scavenger Catfish, Loaches, Danios, or even Platies. These are the fish that are able to interact well what Dwarf Gouramis, so you don’t have to limit their tank mates to only these fish species (3).

Whether you’re new to the fishkeeping industry or you’ve owned fish for a long period of time, you’re most likely aware that you should accommodate for each fish species’ requirements. More specifically, you should make sure that the tank environment of that fish matches the environment that they previously lived within their natural home habitat. Given that, you’ll want to consider setting up the right equipment in order to create the right tank conditions, such as having the right water heater, lighting source, substrate, plants, and even the right tank decorations.

Since their natural habitat contains a large amount of vegetation and certain types of plants, you should include various types of plants within their new home environment. For instance, you should consider installing plants of various sizes, including foreground, mid-ground, and background plants. More specifically, you should place a larger amount of tall plants in their aquarium, such as Amazon Sword plants, Java ferns, and Hornwort.

On the other hand, I’ve also incorporated some free-floating plants into my Gourami aquarium because I think it adds a beautiful look to the tank overall. It may even make them feel more at home and more comfortable in their tank, so you should incorporate plants like Java moss or Duckweed into the tank.

Dwarf Gouramis don’t require a certain type of lighting requirement, but you should make sure that they experience light for at least a certain amount of time each day. The lighting source that you provide them with essentially acts as their sunlight, so you should make sure that they experience at least either to nine hours of sunlight a day. I personally have my lighting source set on a timer so that my fish are guaranteed to experience the same amount of sunlight everyday, since it acts more natural when the times of sunlight are consistent.

It’s also important to make sure that you offer your Dwarf Gourami fish tank with the correct amount of lighting because of the plants in the tank. If you have live plants, they likely require light bulbs that offer photosynthesis. Not only that, but providing either too much light or not enough light will create the water conditions that risk algae growth.

Dwarf Gouramis should be kept in tank conditions that have at least ten gallons of water, but you’re recommended to house them in tanks that measure at least 15 gallons of water. Not only that, but the water’s pH level should measure around 6.0 to 7.5, and these Gouramis prefer water temperatures that measure between 72 degrees to 82 degrees Fahrenheit. Additionally, the water hardness should also be between four to 10 dGH.

What to Feed Your Dwarf Gouramis

But when they’re kept in your tank, Dwarf Gouramis can consume a variety of other types of fish food, including flakey fish food as well as freeze-dried food, frozen foods, and they even like the taste of vegetable tablets. You should also incorporate live foods into their diet in order to accommodate for their natural tendencies to consume live organisms, so consider feeding them worms or other insects once every few days (1).

Dwarf Gouramis are classified as peaceful fish in their natural condition, which is why you should make sure that the waters they’re residing in are able to represent a peaceful nature as well. More specifically, you should make sure that these specific types of Gouramis are able to live in slow-moving waters. Not only that, but you shouldn’t overcrowd the tank with loads of different types of fish with Gouramis, since that will likely stress them out (4).

Dwarf Gouramis also prefer to live in environments that are quieter in nature, since they’re sensitive to loud noises. So rather than placing them in areas of your house that have a large amount of traffic, you should house them in places that are more peaceful, such as your bedroom, a basement, or even an office setting.

You’re able to feed Dwarf Gouramis a food diet that’s similar to other types of fish, like pellets and flakes. But you’re also recommended to include some more live food options up to three times per week. Some live food options can include things like brine shrimp, bloodworms, or even live worms (5).

Given that Dwarf Gouramis Disease is a widely common illness that can affect practically any Gourami fish, you should make sure that you’re testing the water on a regular basis. This type of disease is classified as a disease that occurs in tanks that have a poor water quality, and Gouramis are extremely sensitive to the disease in poor water quality conditions. You can avoid this occurrence by making sure that the water condition remains positive (4).

Overall, Dwarf Gouramis are classified as peaceful and shy fish, so they’re highly recommended for you if you have a community tank with a variety of other types of fish already. They represent beautiful colors, so they can make your fish tank show a beautiful variety of fish. Not only that, but Dwarf Gouramis are also easy to maintain, so they’re recommended for beginners, intermediates, and even advanced fishkeepers.

Furthermore, Dwarf Gourami fish are inexpensive and they don’t require a large fish tank. You’re simply required to provide them with the right equipment that offers them the proper housing conditions to resemble their natural habitat. Given that, you should consider purchasing your own Dwarf Gouramis on the market to care for and maintain. 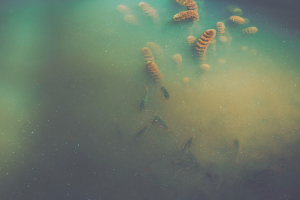 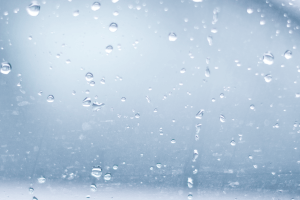 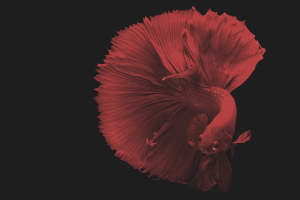 Betta fish are classified as naturally active types of fish, since they’re known to constantly keep swimming and interacting with the environment around them. But 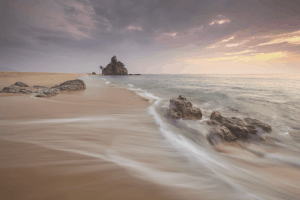 Making sure that you have the right equipment and decorations for your saltwater aquarium can be difficult as it is. But having the right aquarium 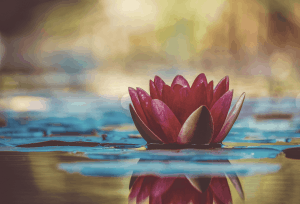 Finding the right kind of plants to place into your aquarium is not only important, but it can be a difficult process. Plants that are

If you have a saltwater aquarium, then you’re likely aware of an algae called Red Slime. It’s classified as a certain bacteria that’s also known